In a recent discussion on current world politics, a man turned to a woman, and said:

If women ran the world, instead of fighting and war, well, they’d likely be out organizing sewing circles, or something like that.

Comments like this are a glaring reminder why March 8 is Women’s Day.

Clearly, an international day that purposefully strives to focus respect and appreciation for women’s political, social and economic achievements across the globe is still necessary.

In developing nations, most often this day’s primary focus is to obtain the same rights and opportunities for women that men enjoy.

Yet, each nation requires a specific focus, for globally,there is a complexity and diversity in women’s lives as they strive for equality.

Too often in developed nations, that primary focus is on career woman.

The ill-informed man who uttered those degrading comments was unaware that that capable mother of five sons he spoke to not only had an Education degree, but a minor in Political Science.

While the politics of Women’s Day may focus on the workplace, the inherent value of all women is diminished when Women’s Day fails to recognize that, for many women, motherhood is an integral and essential element of their chosen path.

Women’s Day can gracefully encourage women to pursue choices where their personal fulfilment lies in ways that celebrate the fullness of all womanhood.

This boorish man saw only a woman who’d sewed all her family’s clothing, cooked all their family meals and taught her children to read.

His prejudiced mind refused to acknowledge her other paths of fulfilment of included giving speeches, mentoring students and obtaining a post-secondary education.

His unenlightened viewpoint is why Women’s Day is still necessary.

It empowers women to follow choices that are not either/or, but both /and.

Both family and career.

Both story time and dialogue.

Both sewing and campaigning.

As a result of women’s choices, men are also able to experience both /and.

Both a gratifying career and an abiding relationship with their children.

Women’s Day’s quest for equality fosters freedom for every human to achieve their life’s potential by following their chosen paths.

Despite that ignorant man’s callous comments, these chosen paths still include the choice for a time in her life for an intelligent woman to stare not up at a ‘glass ceiling’ 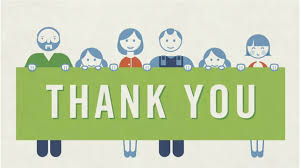 but at a floor, one covered with wee toys and messy girls or boys.

Women’s Day is not only a day of celebration which empowers women. It empowers both men and women the freedom to choose how they wish to live their lives in all the ways that fulfill them.

As this year’s Women’s Day Caterpillar campaign promotes, let’s all be bold for change, ensuring that this bold change creates choices for women and men that are both unifying for their families and financially doable.

Maternity Leave US vs Canada

A Blog of the Ridiculous and Sublime, by Mark Sackler

Happiness is here
A Year in the Life of a Farmer

The joys, trials and tribulations of farming in southern Saskatchewan.

(Somewhat) Daily News from the World of Literary Nonfiction

Service Industry Stories and More Since 2012